Mikage (ミカゲ) is the former land god of Mikage Shrine who is also known as Tochigami and Marriage God.

His avatar is a butterfly.

Mikage is a tall and lean man with shoulder length blond hair that has parted bangs, brown eyes and large, round glasses.

Not much is known about how Mikage became a land god, but it has been mentioned that he is a powerful god and an important one. Seeing that he has a seat in the god meetings in Izumo. Though it has been proven that he was not "born" from the need of the human town that he once watched over (Unlike Yonomori Mitsuha) It's also sometimes hinted that he is a "sibling" that Yonomori was talking about, considering the fact that they have the same hair color and also have the same humanity loving trait. Mikage once said to Tomoe that in order to protect humans that he had to be more loving towards them.

Nanami found Mikage up a tree, terrified of a dog that was barking at him. She shoos the dog away and ends up explaining her situation to him. He kisses her forehead, giving her the mark of the Land God and making her the new deity of the Mikage Shrine. In the anime Mikage is seen frequently watching Nanami from afar with Otohiko, and anonymously guides Nanami with his butterflies. In the manga he reveals himself to Nanami at the banquet in the God Summit (to tell her about Tomoe's curse), leaving just as Tomoe sees him.

Mikage tells Otohiko that he chose Nanami because he knew she would definitely live up to his expectations. As revealed in chapter 100 of the manga, Mikage met Nanami (while time traveling) twenty years in the past. She told him she knew how to save Tomoe from the curse and Mikage made her explain everything. Paradoxically, because Nanami knew in the future that Mikage left the shrine for twenty years, Mikage proceeded to leave the shrine, knowing that one day he would find Nanami in the future and she would save Tomoe. As Mikage has this knowledge he is always seen as a mysterious teacher helping Nanami grow into her role as a god.

Mikage met Tomoe 500 years in the past, half-dead from the curse. He offered him a place to die, but ended up helping him survive, hiding the curse by making him forget about Yukiji. However, he knew this would not last forever. He taught him not to hate humans, and eventually made a familiar contract with him. He cares very deeply for Tomoe, and often, after scolding him harshly for misbehaving, is seen crying or worrying about being too mean.

He offers Tomoe his shrine to live in once Tomoe is healed, with his only rule being that Tomoe must let him know when he leaves, which irritates Tomoe immensely. However, after the 500 years that Tomoe and Mikage spend together, Tomoe loves him as a brother or father and is very possessive of him (especially when Nanami shows up as his new 'master'). Tomoe claims he would attack Mikage in an instant, was he to show his face again (and intends to when he thinks Nanami is Mikage) however in chapter 48 Mikage appears before Nanami, and Tomoe sees him. Instead of being angry he's desperate to see him and runs towards him.

In the anime, it is shown that he and Otohiko are rather close and they are often seen together watching Nanami from afar. While in the manga, it was mentioned that he was Mikage's closest friend. He visits the Mikage Shrine often, and, according to the drama CD, once attempted to force Tomoe into a familiar contract with him. He was initially upset that Mikage 'stole' Tomoe from him, but accepted it almost instantly as it is considered odd not to have a familiar.

It was stated that during his time as land god, he and Himemiko were on very good terms with each other and respected each other a lot. 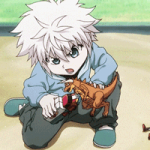 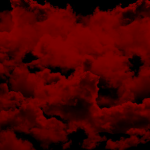 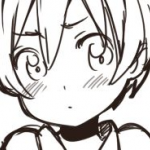